History
Orakçı Group continues to carry out its activities in its 40 year journey on the framework of its goal of “stable and sustainable growth”. 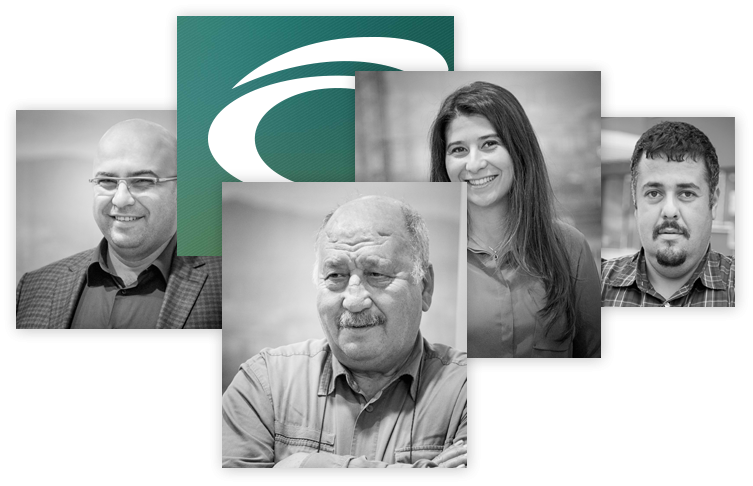 Hikmet Orakçı, 16 years after doing mathematics teaching in various provinces of Anatolia goes into business life. In 1978 with the name Hikmet Orakçı Trade started to provide in the fields of service infrastructure, environmental planning and service buildings construction works to municipalities. He founded his first limited company Hoca Construction Co. Ltd. In 1995.

As the municipalities began to purchase services from the private sector in cleaning services at the beginning of the 1990s, Orakçı Group takes the steps of garbage collection and cleaning services and is among the first companies in the sector. In 1998, these services were collected under the Ortem roof. Together with the year 1999, it adds services for the creation and maintenance of parks and gardens to its services that are given to the municipalities.

In 1996, Bandırma Municipality garbage collection and cleaning service work is taken and first service site outside Bursa is established. In the following years, new sites will be established in many provinces of Turkey and a sound basis of being a national company will be laid.

After completing their education, Özgür Orakçı, Betül Orakçı and Barış Orakçı start to work in various departments of the group.

Hikmet Orakçı, who believes in institutionalization, transfers the administration to his children over time and continues to work as the founding president himself.

Towards the years 2000, direction to manufacturing starts. In 2002, Orakçı Machine is founded which is the first industrial enterprise of Orakçı Group and On-vehicle equipment starts to be manufactured.

Orakçı Group started to manufacture plastic injection parts in 2004 by stepping into the automotive sector, and join Plaskar Inc. Group.

The Orakçı Group significantly expands the service issues it provides in the sectors it is in. In the services provided to the municipalities, the group which adopts the concept of “Integrated Waste Management” starts to work on “Designing and Operating Solid Waste Regular Storage Areas” in 2001 as well as garbage collection and cleaning services. In 2005, signed the “Separate Collection and Separation Project of Packaging Waste at the Source” and established the first licensed separation facility. Then it starts to provide the operating service of the sanitary landfills. Now Ortem is involved in all aspects of waste management, from collection transportation to recycling and disposal. Along with the year 2002, besides the contracting works in the construction sector, “Stone Mill Operation, Aggregate and Ready Mix Concrete Dealership” started. Along with the year 2006, it has started to produce ready-mix concrete, transfer and pumping services with its plants which it set up by taking a different step in the construction sector.

Orakçı Group is restructured in 2007 in accordance with sectors, regions and division of labor in order to achieve the targeted growth and development under a more appropriate organization and a more institutional structure.

Orakçı Group Headquarter Is In Its New Place

The Orakçı Group builds its Headquarter itself in 2009 and gathers its companies and management in one spot.

The Orakçı Group headquarter is committed to working as a management center responsible for coordinating finance, human resources, strategy and business development functions, as well as for identifying the common vision and strategies of group and increasing the value provided to its stakeholders through synergies created within the group.

Along with the year 2010, construction projects in the construction sector starts with Orakçı Construction. In 2011, in ready-mixed concrete production sector, a second power plant for the construction of Hydroelectric Power Plant was established and operated. The mold maintenance workshop, which was launched in 2008 within the scope of Plaskar Inc., has become a structure that produces plastic injection molds for different sectors, mainly automotive. This production was restructured under Ormold along with the year 2014. The Orakçı Group has begun preparations for establishing international partnerships along with the year 2012. New Investment and Partnership, after 2012 particularly in machinery, automotive and service sectors about the issues on establishing cooperation in the international arena, investing, participating in tenders continue rapidly and results are began to received.

Within this time period, partnerships are established in technology fields, new dealerships are given and new service markets are preluded. Parallel to this, the production areas and the organization are restructured in order to meet the increase in sales figures.

Orakçı Machinery completes its new factory building in order to meet the capacity increases in on-vehicle equipment production and starts production on site in its new place in 2016. Ormold is moved to its factory in Gebze in line with its big targets in plastic injection production.

The new excitement was the Çorlu Trio Park project while Orakçı Building was in the process of completing housing projects in Bursa. With a new partnership, Novada Shopping Center, which actualized in Edremit, has taken its place in minds as the biggest living and shopping center of the bay.

Orakçı Group is growing every year with new investments and moving towards its targets with firm steps.